If we went to the moon, why can’t we see the flags and vehicles there with a telescope?

NASA’s 1969 Apollo with his duty Neil Armstrongbecame the first human to set foot on the moon. People who have produced conspiracy theories since then have claimed that it is fake and fictionalized as if it were a movie. They also used other arguments (!)

Presenting their own arguments, these people are questioning what we have.if this mission is completed, why can’t we see the remains today, why? the flags are still there not?It comes with questions like “. Let’s shed some light on this issue together.

First of all, the flags and traces of the landing are still there. 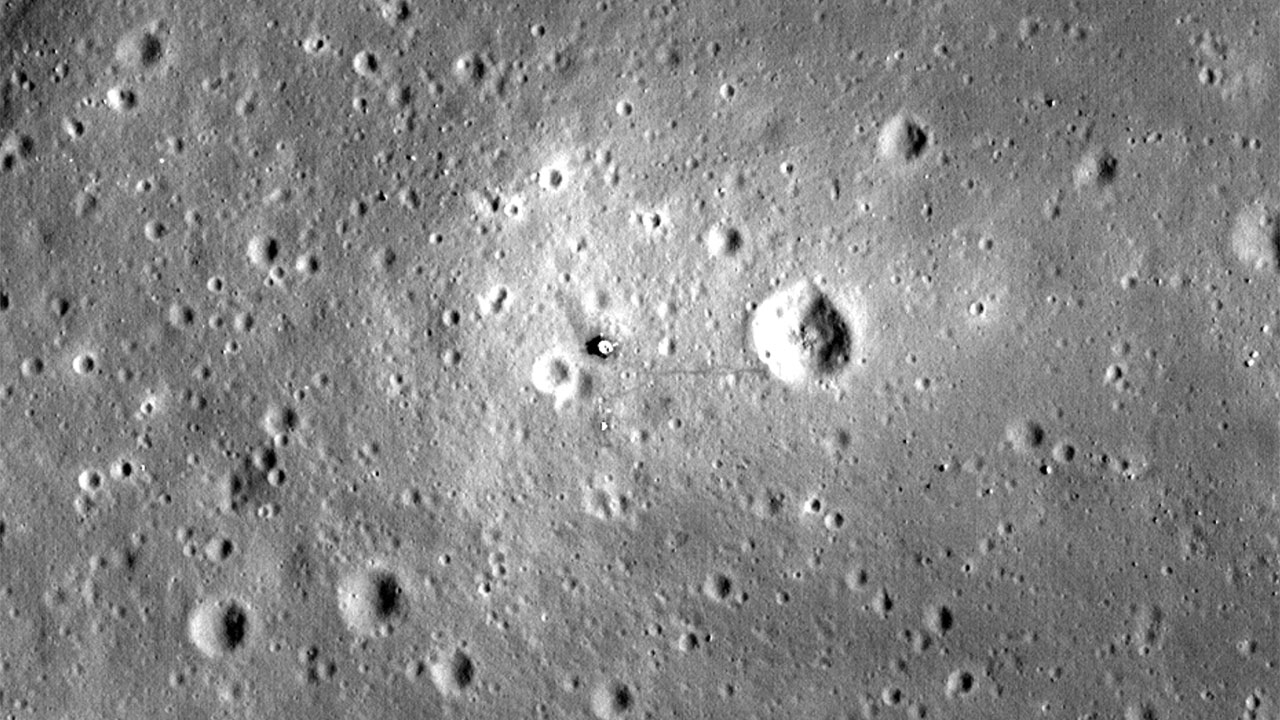 “How do we know this?Of course there will be those who wonder. The source of our information here is the lunar orbiter, which transmits the details of the landforms to Earth. Lunar Reconnaissance Orbiter (LRO) spacecraft.

The vehicle in question captured the shadow of the flag planted on the moon in recent years and the tracks left by astronauts during the Apollo mission. 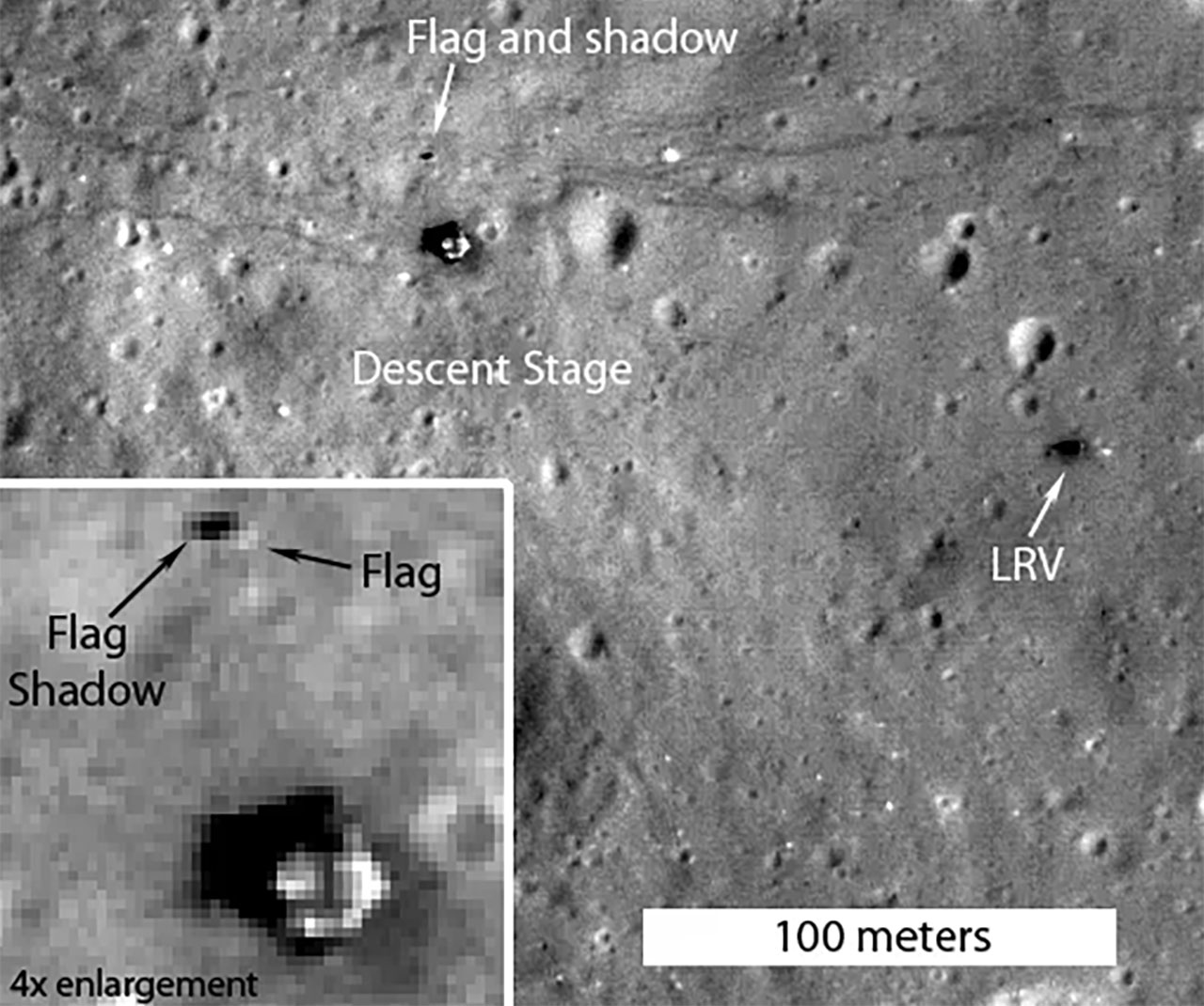 But when we say that, don’t let the flag pictures come to life in your head. In front of from LRO In the images he captured, only the shadow of the flag stands out. It’s just in pixels.

So why can’t we see the flag itself (or what’s left of it) anymore?

The answer is simple; because the flag is both small and far away. Also, as we know, this flag not knocked down. Instead, it was planted on the surface of the moon. This means that whether we look with LRO or with our own telescopes, we can see ourselves. difficult it means it is

That is why the flag in question is in the images above. shadow by being noticed.

Okay, don’t we have such a big telescope? From here we see other planets, even galaxies. The moon comes from here and there 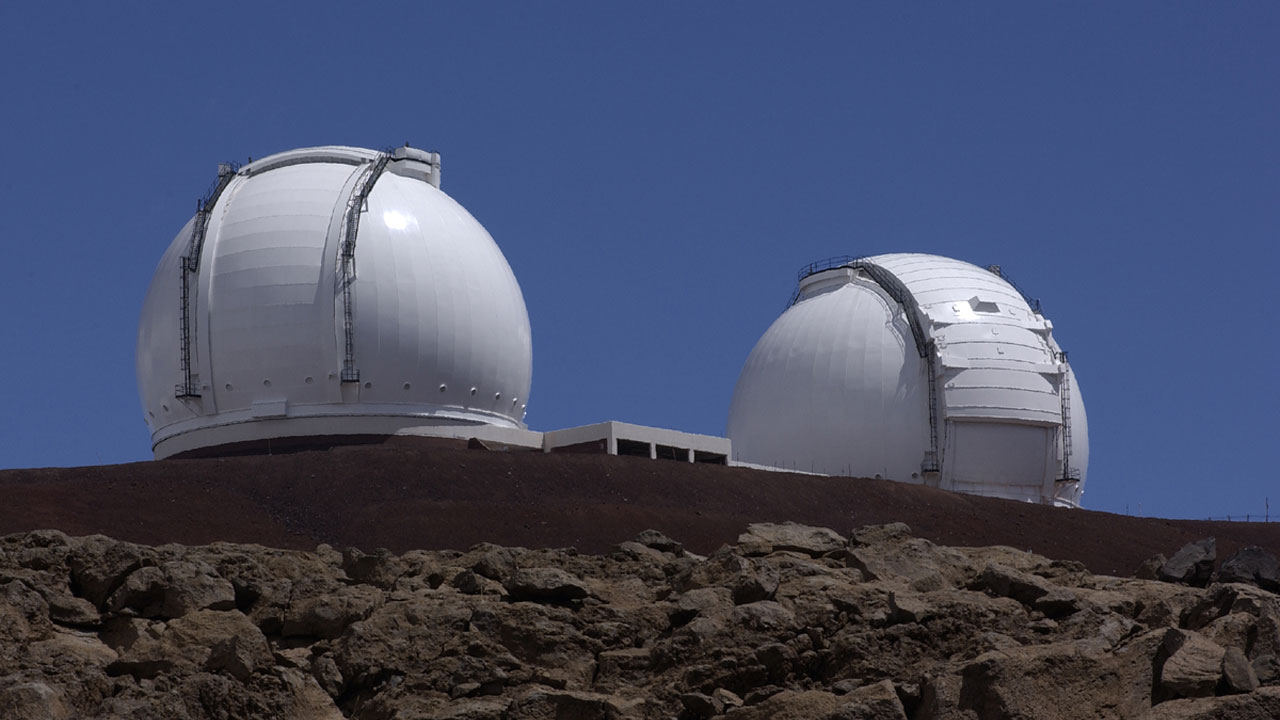 Unfortunately, things don’t work that way. When we reach the space level, the moon looks like it’s here and there, as we said. But this is between us and the moon 350 to 400 thousand kilometers Doesn’t mean it’s far.

As if this distance was not enough, it was placed vertically on it. 125cm If you want to see a high flag, you need even more than Hubble.

Not even the James Webb telescope comes close to the size required for this job. 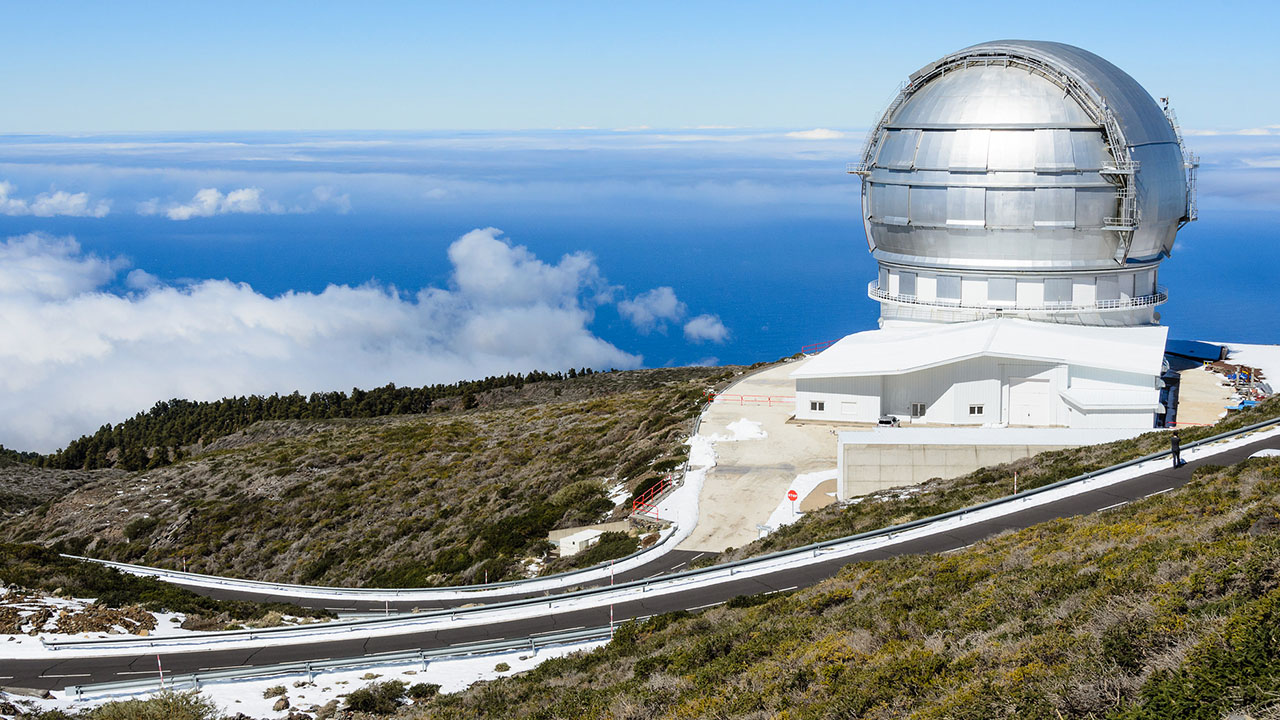 The largest telescope currently on Earth, with a main mirror diameter of 10.4 meters Gran Telescopio Canarias (GTC). In Hubble, this diameter drops to 2.4 meters. 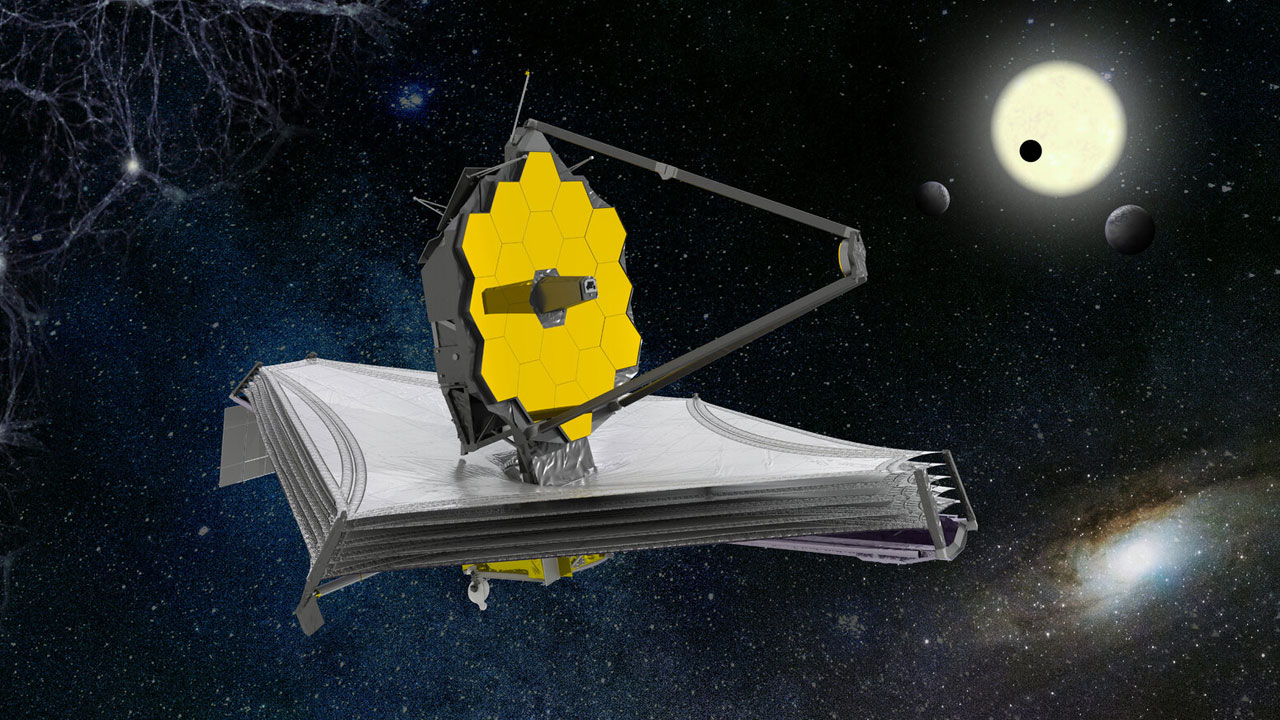 Opening so many new doors for us James Webb The telescope, on the other hand, has a main mirror diameter of 6.5 meters.

But to be able to see, or rather distinguish, the flag in question, we need a telescope with a mirror of 200 meters in diameter. 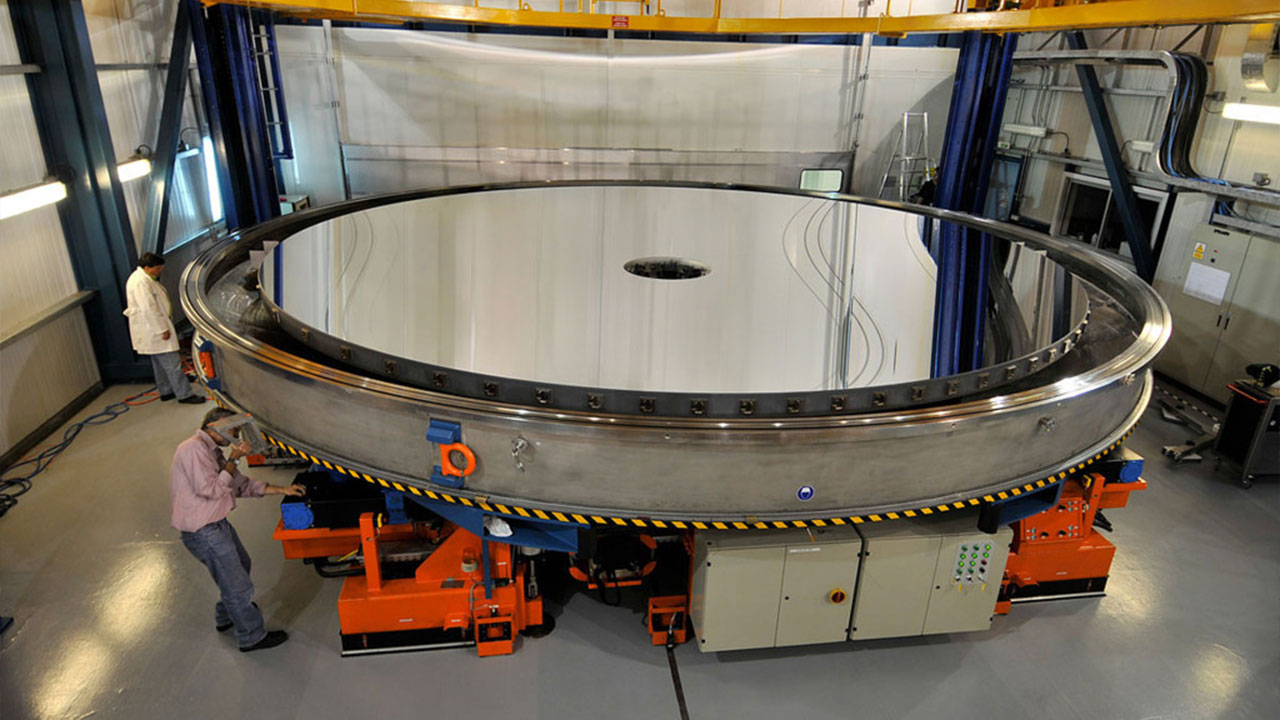 Not only that. This one telescope flags only appear as one pixel even if we enlarge it to that size. To increase the resolution (and thus the size) it will be necessary to equip this telescope with equipment for this. But if you want to see the flags on the moon, this is about all the hardware you need.

Who is curious, to math can be accessed here. Accounts only to see the flag by rolling Let me tell you it’s done. So what do you do with something that you know and roughly see is already there? to see the flag Would you be willing to put in that much expense and effort?

So how do we see galaxies? 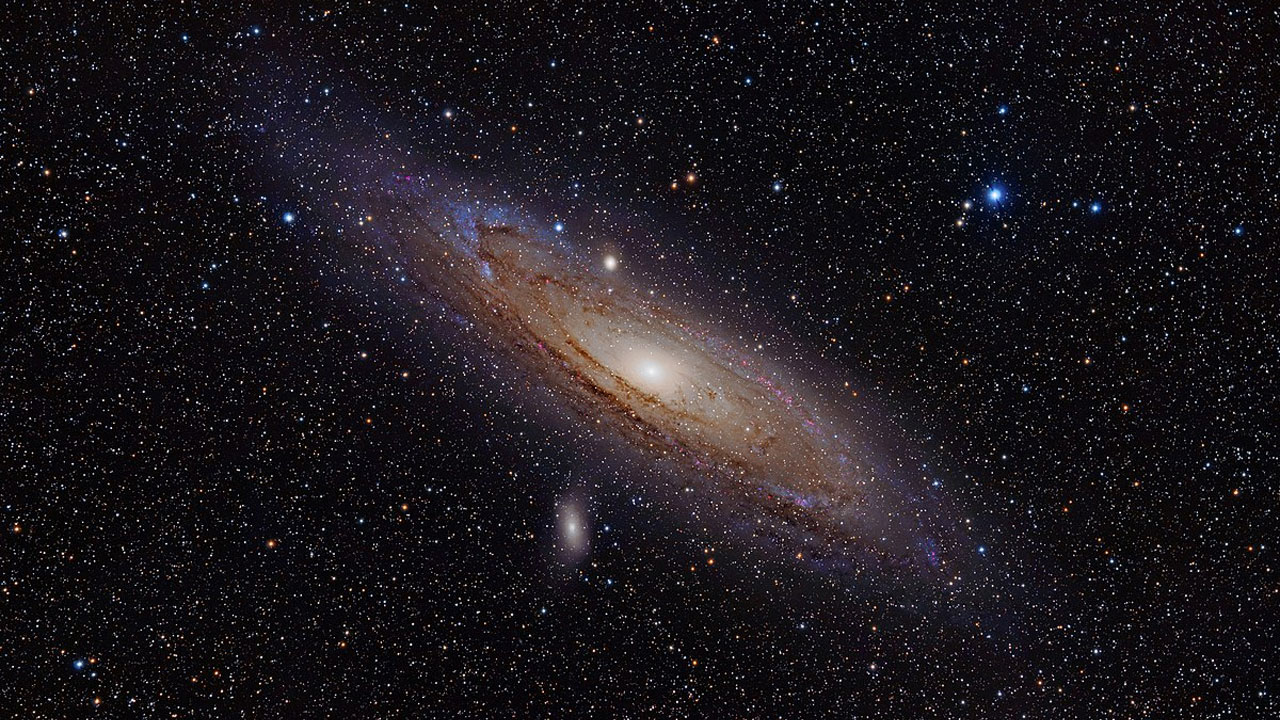 What this makes possible for galaxies is that, although far away, colossal let’s say they are in size. In addition shiny They also contribute to being seen through telescopes.

The moon is next to these gigantic bright structures. small and dark stay.

Don’t forget to share your thoughts on the topic in the comments section.